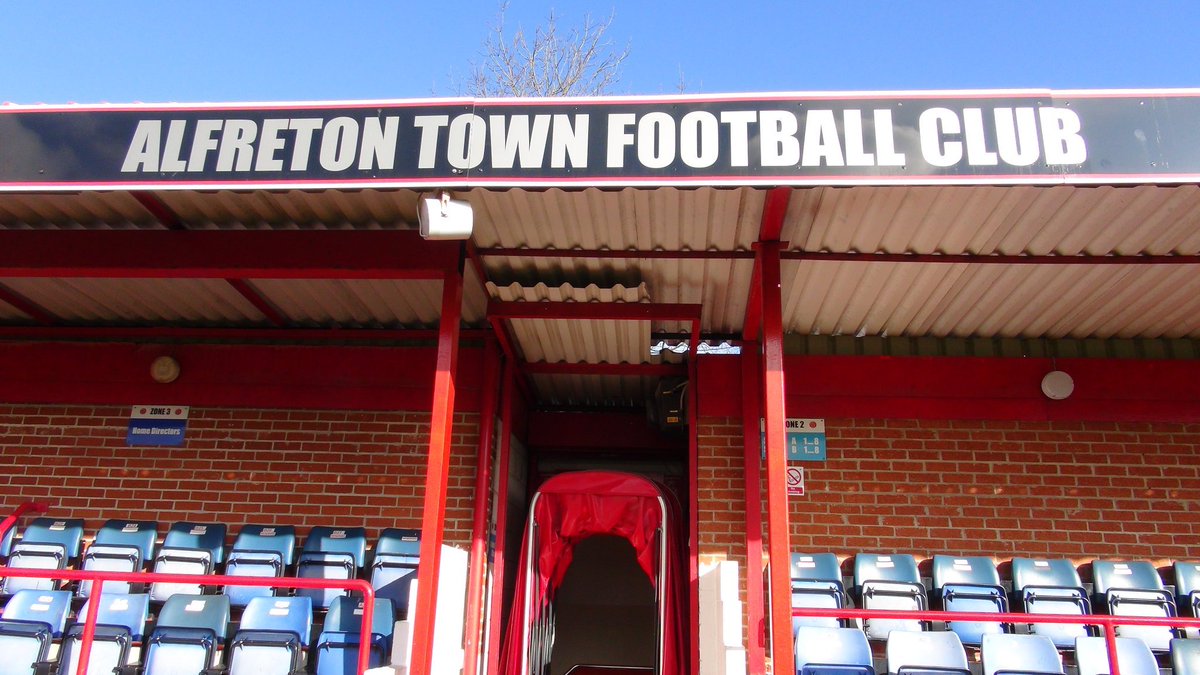 Alfreton Town FC has launched a crowdfunding appeal to raise £15,000 for essential pitch maintenance after the Covid-19 pandemic impacted the club’s income during the 2020/21 season.

If the club can reach its fundraising target, it will gift a match ticket to a key worker who supported the community during the pandemic for every £100 raised.

The club’s crowdfunding page explains: “We would ordinarily have the funds available to undergo the renovation and maintenance but the club lost the majority of its natural income during the 20/21 season and we face having to cut corners which we would prefer not to do as it will have a negative impact on the playing surface and quality of the stadium and this is why we are asking where possible for people to donate and help us ahead of the forthcoming 21/22 season.”

Rob Brooks, head groundsman at Alfreton Town FC, said that annual pitch maintenance is vital and any postponement could lead to further financial impact on the club at a later date.

Explaining the work that needs to take place, he said: “We are hoping to raise funds to scarify the pitch to remove thatch build-up in the upper profile as this retains water. Over-seed with ryegrass which is deep rooting and hard-wearing. Verti-Drain and top dress with sand to incorporate into the top profile and break the surface up with a blec multivator which alleviates compaction.

“We also use various chemicals and fertilizers at a substantial cost during the season to keep the pitch looking its best but also keeping the sward of the grass as strong as possible.

The crowdfunding campaign has won the backing of a number of past Alfreton Town FC stars, including Chris Wilder, Liam Hearn and Nicky Law.

He said: “To any fans who can donate to the crowdfunding campaign for the pitch maintenance please do, for us as players it makes such a difference turning up on a Saturday having Rob work his magic. But he can only work with what he has got.

“I’ve always made it quite clear for a large part of my career Alfreton has felt like ‘home’, which is mostly down to the community and spirit around the place. I know the last few years have had an impact on everybody financially but any help will be appreciated.”

Manager Billy Heath added: “The supporters never fail to get behind the team and even when results are not going our way they rarely turn on the team, I know it has been a tough year or so for everyone but hopefully the community of Alfreton and football fans, in general, will be able to get behind this campaign and help maintain this fantastic pitch that we have at the Impact Arena.”

You can view the club’s crowdfunding page here: https://www.crowdfunder.co.uk/essential-pitch-renovation-and-stadium-preparation

Survey asks for your experience of maternal mental health support

A Turkish barber shop has opened in Alfreton

Mental health support in the community