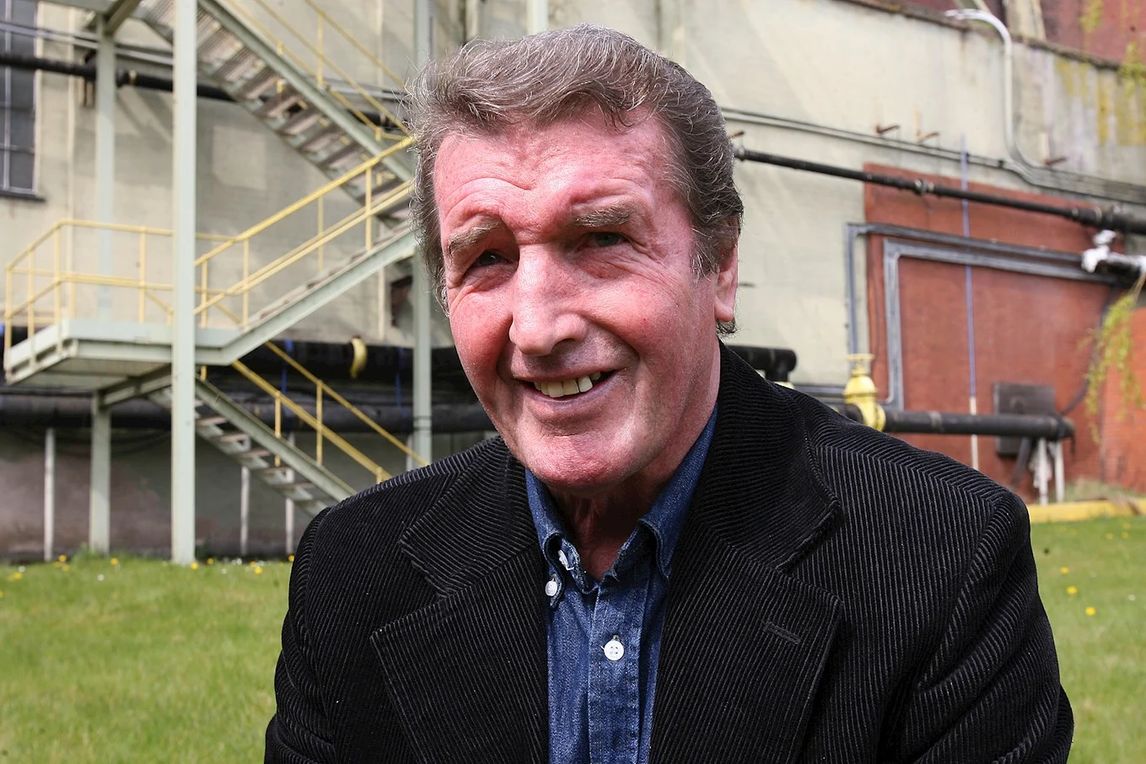 “Ivan Hollett became player/manager of Alfreton Town at the start of the 1975/76 season, staying for three years and winning the Midland League title for the Reds in the middle season of his tenure.

“He scored 47 goals in 86 appearances and l recall him scoring a towering header away at Eastwood Town, and in a radio interview described it as “out of the Time Tunnel” which was a reference to a popular TV drama at the time.

“He linked up with his good friend the legendary John Harrison, and after both left in 1978 they became joint managers at Belper Town.

“A local lad he will be remembered for his goal-scoring prowess at both Mansfield Town and Chesterfield in the 60s, and l had the privilege of seeing him play during that time.

“A friend to many locally l think it’s safe to presume he was considered to be an absolute gentleman.

“The first time l spoke to him was around 1967 when l spotted him playing miniature golf on the old course on Alfreton Welfare with John Shinfield and l asked him for his autograph.

“He always acknowledged me after that and when he was player/coach at Southern League Poole Town in the couple of seasons before joining the Reds l travelled down to London with him on a couple of occasions on his weekly commute from the newly opened Alfreton & Mansfield Parkway station.

“By the time Chris Tacey brought Ivan round to our house to introduce him in 1975 we were already acquainted, and in latter years he was a regular at the Impact Arena in his duty as a scout for both Mansfield Town and Derby County – it was also not uncommon to bump into him in Home Bargains in Alfreton.

“My abiding memory of Ivan was in 1975 when we ran a privately hired three-car DMU train from Alfreton to Skegness, which we called the “Alfaway” – players and management were allocated First Class, the “Beer Car” was in the middle and a failed attempt to play bingo in the third car is best forgotten.

“When we arrived at Skegness all the kit and equipment had to be walked the considerable distance to the football ground and only then did we realise we had left the players’ socks in Alfreton!

“So it was down to Ivan and myself to visit Skegness Market to purchase a dozen or so pairs of black socks – they weren’t of the greatest quality and certainly couldn’t be worn a second time.

“Many people will have different memories of Ivan, but very few could portray him in an adverse light.”

All Alfreton area planning decisions made in July and August

Three people die after crash on A38 near Alfreton

Spotlight on Alfreton Library and everything it offers our community