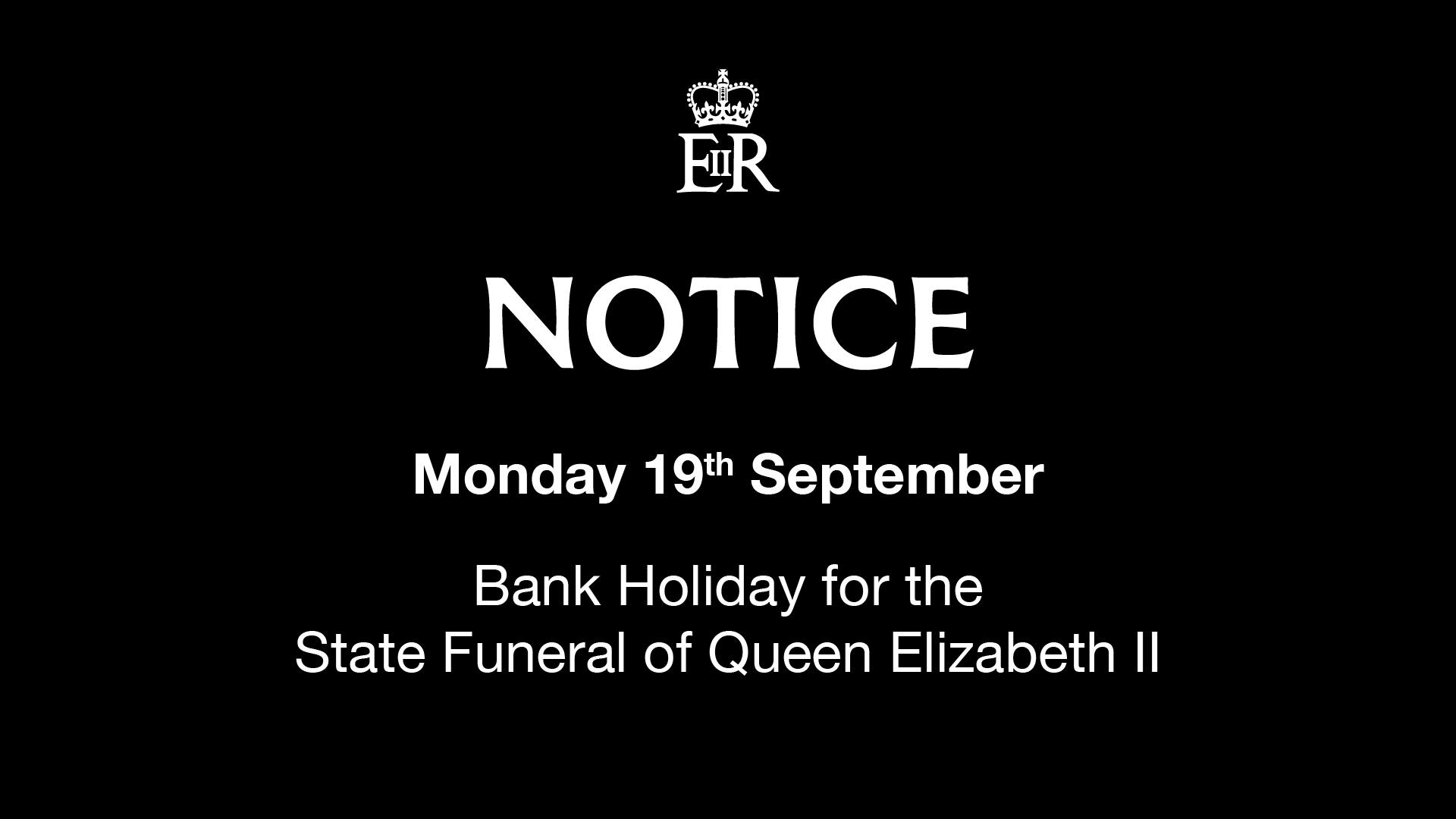 The day of Her Majesty Queen Elizabeth ll’s funeral will be a bank holiday, it was confirmed over the weekend.

The Queen died peacefully at Balmoral on Thursday (September 8) and the country is currently in a period of national mourning.

A number of historical events have taken place in the days since, including the proclamation of King Charles lll as our new monarch, and there will be more that follow in the coming days.

The Queen’s Lying-in-State – a formal occasion allowing members of the public to pay their respects – will take place at Westminster Hall in London from 5pm on Wednesday (September 14) until 6.30am on Monday, September 19.

During this time, members of the public will be able to walk past Her Majesty’s closed coffin and pay their respects.

A State Funeral will take place in London on Monday, September 19 – which will now become a bank holiday.

A statement issued by the government said: “This will allow individuals, businesses and other organisations to pay their respects to Her Majesty and commemorate Her reign, while marking the final day of the period of national mourning.

Schools will be closed but the government says people taking the day off work “is a matter for discussion between individuals and their employer”.

You can read government advice and guidance regarding the bank holiday here.

Party like its Christmas 1988 at Alfreton's 80s Video Shop

Apply for 30 hours of free childcare before August deadline

No East Midland Railway services on Saturday due to strike action