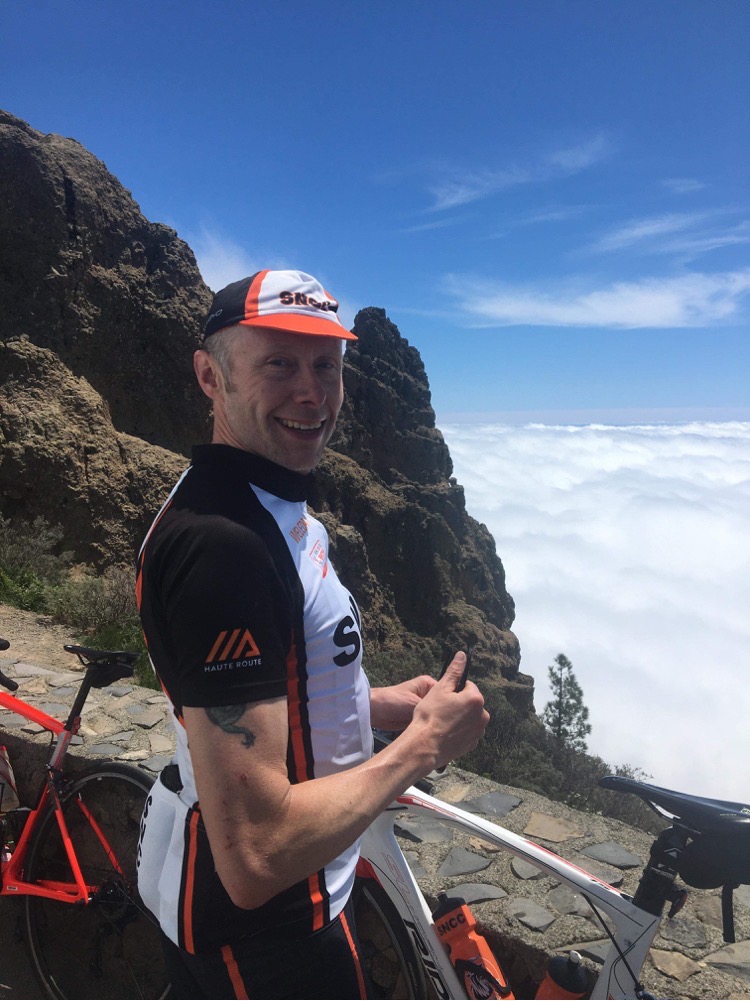 A special educational needs teaching assistant is preparing to take on an incredible challenge to help raise money for outdoor activities for young people in Alfreton.

James Simpson, who works at Woodbridge Junior School, will take part in The Deca – an ironman triathlon, every day for 10 days in July.

James, who is also a forest schools practitioner, is taking on the challenge in a bid to raise £5,000 to support outdoor activities for young people in Alfreton.

The activities will be part of the Activ8 Alfreton project, which will be delivered in partnership between Sisu Derbyshire and Alfreton Town Council.

The aim of the project, which will launch towards the end of July, will be to encourage people of all ages and abilities to take part in some form of regular exercise.

James said: “I know that getting kids outside, building their confidence works wonders for their self-esteem and mental health.

“I’ve always been interested in endurance sports. I’d done a few Ironman races and also some ultra running. I enjoy being outside so decided to try a race that would take longer.

“I ran a couple of 100 miles, tried my luck at a double ironman and finished second in the Triple Brutal. This is a triple iron distance – 7.2 mile swim, 336 mile ride and a 78.6 mile run over Snowdon.

“The next illogical step is The Deca.”

James is raising money for his challenge via a Just Giving page – and has received a grant of £750 from Alfreton Town Council to support his fundraising.

Councillor David Taylor said: “We wish James the very best of luck in this gruelling test of endurance.

“We know how keen he is to engage young people in outdoor activities in our town, we look forward to working with him and SISU as part of the Activ8 Alfreton project which encourages people of all ages, abilities and fitness levels to undertake some form of regular physical activity.”

A spokesman for Sisu said: “We think what James is doing is bonkers to say the least, but the reasons he is doing it is totally admirable.

“As the lead organisation in this project we have many ideas that can benefit the young people of Alfreton and surrounding areas in so many positive ways, which will then translate into a stronger, more vibrant, cohesive and, ultimately, happier community.

“Not everything will happen at once, but what we will do is consult with the community in general and put together a plan of action and milestones so people can not only see and know what is going on, but also participate in the progression.

“What we would really like people to do is, two things. One is to sponsor James, it doesn’t matter how much, every little bit help as they say, and the other is get involved in the projects both long and short-term, again, whatever you can do will benefit everybody, including yourself.

“The only way we can move forward is by working together as a community again as we used to do in the past.”

Party like its Christmas 1988 at Alfreton's 80s Video Shop